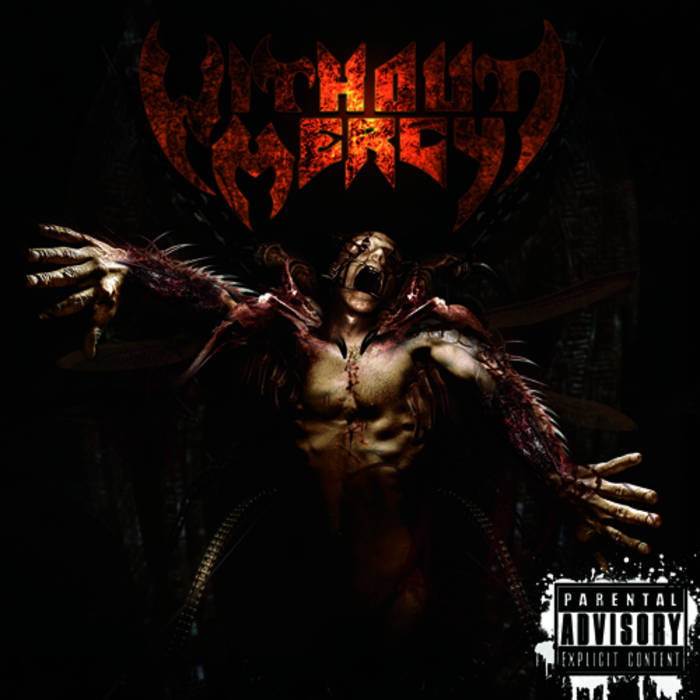 “…a death-thrash unit of clearly superior musicianship. More than capably fronted by the ferocious vocal howls of Alxs Ness, this is a band that understands the importance of fusing ability with energy and charisma. Dismissing this band as a “chick singer gimmick” would be unwise- to think of them as Canada’s Arch Enemy wouldn’t be far off the mark though.” – Abort Mag

“Without Mercy can be best characterized as the saviours of metal souls in Vancouver.” – Abort Mag

“Without Mercy have crafted a classic thrash album here…There is a unique style to each track, whether from vocalist Alxs Ness’s growls, bassist Dallas Lacy’s lines; which by the way are more interesting than the typical lines on many a thrash record, guitarist DJ Temples riffs, or drummer Matt Helie’s work…stand out tracks here, Chasm, Death Remains, and Succumb. ” Thrash Magazine

“the band rip through eight tracks of sheer aggressive bliss, and it is a joy to behold….a young band grabbing a once-tired sound by the horns and making it their own with the passion and gusto that has kept the titans of the respective genres in business for so long…one of Canada’s most promising young acts.” – MetalEater.com

“I barely know where to begin discussing the sound of Without Mercy, probably because I have never run across a woman who can emulate the growls of Thorr’s Hammer vocalist Runhild one moment, and the thick screams of Alexis Brown of Straight Line Stitch the next.” – FemmeMetal.net

“Shredding heavy instrumentals and venting guttural growls is the insanity derived from this CD – you can actually feel the energy the members of WM have put into this record. Don’t mess with Without Mercy as they are presently one of most brutal bands in Canada. So, as the band says, “FUCK PUSSY METAL” and go listen to their self-titled debut!” – PureGrainAudio.com