Scythia - For The King 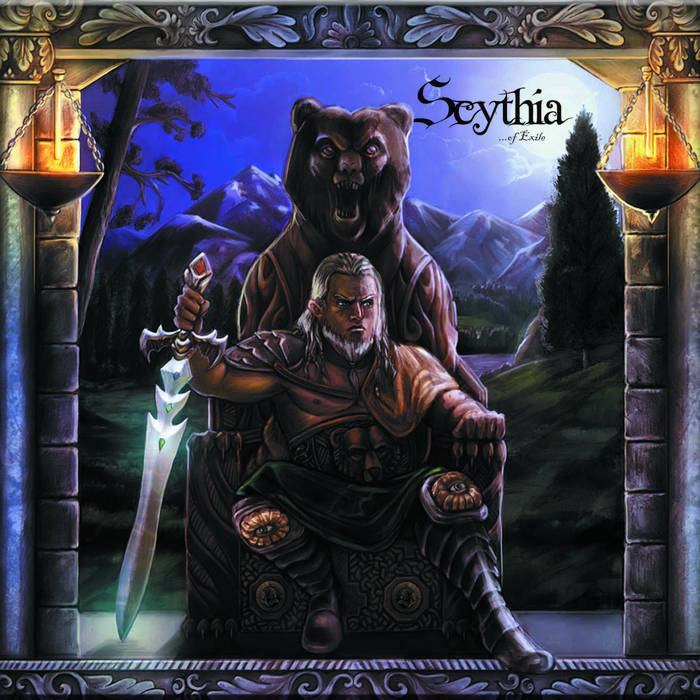 “Scythia craft an epic storytelling album….The classic sound and epic subject matter make this one wholly different from any other Metal album you’re likely to listen to this year.” 9/10 – Confront Magazine

“Scythia has successfully created what truly is ‘movie score metal’ with a style that is a confluence of Russia’s Beer Bear, Elvenking, and early Uriah Heep.” – MetalUnderground.com

“If you are looking for something a bit different, you might want to give Scythia a listen. Blending elements of folk and progressive metal, Scythia’s latest release tells an epic tale of warriors, kings, cursed swords and great battles, and tells it well.” – HardRockHaven 8/10

“This is definitely an album best listened to as a whole in the right order as you get so much more out of it that way than you would by listening to individual tracks…This is definitely a very good album – well crafted song lyrics tell an epic tale to tie the whole album together. It blends different musical styles – medieval, folk and metal together extremely well. I can certainly see the album appealing to prog fans as well as fans or folk metal.” PlanetMosh.com 8.5/10

“if you’re looking for a cinematic dose of folk metal, Scythia has your back. Whether you’re a returning, armour clad mega-fan or fresh faced newcomer, …Of Exile is surprisingly accessible and easy to get into (my wife actually sat through this predominantly metal based outing purely on her love for all things medieval). Even metal purists should get some good mileage out of the final few songs and their solo-heavy narrative climax. With …Of Exile, Scythia solidifies that they’re a forced to be reckoned with. Bring on the third chapter.” – ThePunkSite.com – 4/5

“Having already garnered a lot of attention on the local scene for their energetic live show and distinctive take on the folk metal genre, this up and coming 6-piece got the show started right… an entertaining performance and leaving a strong impression.” – ABORT Mag

“I highly recommend catching them…Scythia’s fun and catchy folk metal, it’s a fantastic show that’s sure to put your fist in the air and a grin on your face.” – Hellbound.ca – Live Review