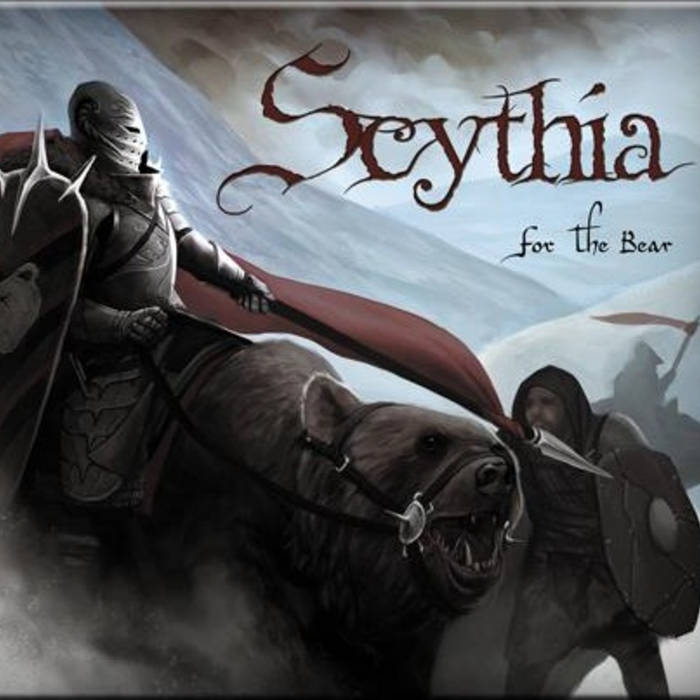 you can definitely enjoy this one and raise your tankard high!” -MetalKaoz.com

“Scythia transcend tradition and pure genre here. It’s so recognisable as to be in the comfort zone but the band manage to mix it up, and in doing so generate excitement, motion and enjoyment. The key musical and artistic point for me here in this fiery, theatrical and at times thoughtful folk metal fest is the boundless creativity. I therefore propose a toast for the bear! 8.5 / 10″ – AveNoctum.com

“[8/10] I love hearing bands who embrace the eclectic possibilities of different genres. Sometimes it works and at other times, it can be a colossal fail. In the case of Scythia, its full steam ahead with the traditional sounds of folk metal and the added twist of proggy elements to give their sound that adventurous edge. They have self-released a new EP For the Bear and it is a captivating, and heavier approach to storytelling, proving these Canadians are ready for the grand stage.” – Blistering.com

“As usual, Scythia’s new pieces combine interesting folk tales with extremely cool and highly engaging folk metal…All the way through, from track one through seven, “For The Bear” is more up tempo than the band’s full-length albums. You are almost tempted to think that Scythia produced this 26-27 minute EP to make an work-out compilation for fantasy nerds, folk tale enthusiasts and gamers. “For The Bear” is the perfect energizer for a 5K run – and this Metal Music Examiner knows so from experience.” – Toronto Metal Music Examiner

“from start to finish this is an EP which offers up surprise after surprise, moments which you don’t expect and moments which will leave you sitting back and wondering how they’ve done it. Closing with a video game medley was a brave move, but one which seems to have worked well for them – not something I thought I’d ever say! Definitely a band to keep an eye on to see what comes next!” – Loud-Stuff.com

“This entire EP flows in a selection of great anthem-like melodies with lots of dance and drink-along potential. If you are a fantasy nerd and love video game music you will love their “Video Game Medley” – one of my favorites on this EP – which incorporates themes of old and new video games like Wizards and Warriors 1, Castlevania, Skyrim and Final Fantasy VI – perfectly brought together in a tight, fast succession.” – MetalTitans.com

“‘Sailor’s Accolade’ is one of the new songs on the E.P. and makes a great opener – an up tempo epic piece that will surely make you sing along and build some excitement for what’s to come.” – MetalTitans.com

““Videogame Medley” serves as a first for the band, dabbling in medieval aged metal applications of classic video games ranging from Castlevania to Zelda, Final Fantasy, and even Tetris. It’s one of the EP’s clear highlights and an easy track to throw on to win over your friends to the ways of Scythia.” – ThePunkSite.com

“there is not a dud song to be seen anywhere as the lavish feel-good drink fuelled atmosphere becomes highly contagious, while your mind conjures up images of beer swilling pirate Cossacks and dancing bears. With ‘For The Bear’ Scythia produce the release that Korpiklaani should have put out earlier this year. Highlight of the album: ‘Sailor’s Accolade’ Rating: 9/10″ – Firebrand Magazine