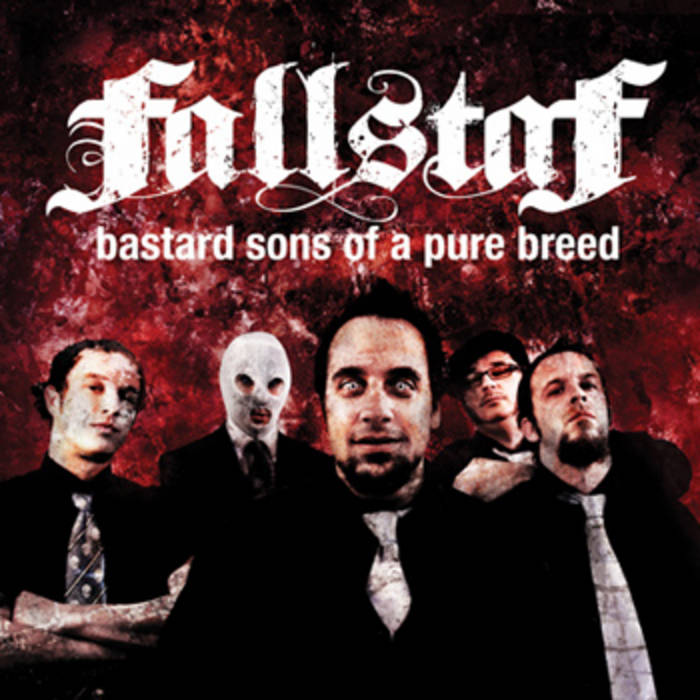 “Prepare for a full-out thrash-death onslaught, as Montreal’s Fallstaf sets the metal bar high with their rampaging brand of trombone brutality. “Bastard Sons of a Pure Breed” will kick your ass!” – e.V’s Underground – CKCU 93.1FM – Ottawa

“If you have not heard these guys yet you really need to check them out if for no other reason than just to find out what Pure Brass Metal really is. What you will find is a solid metal record with a (brutally brass) trombone thrown prominently into the mix. This is unlike anything I have heard but trust me it works and it works well. ” – PureGrainAudio.com

“Fallstaf is a unique set of gents that have created an ability with the use of not your average instrument the trombone and with that they have built a genre that takes heavy metal and infuses it with hardcore metal in turn sounding like “brass metal”. With this they have gone on to release an EP and even a full-length titled “Bastard Sons Of A Pure Breed”. All of this in the long run is a unique style of creativity that has been built behind the minds of metal drunkenness.” – Zero Tolerance Magazine

“HORN-ED BEASTS! Not Every band can claim to have forged their own genre, but that’s exactly what local quartet Fallstaf (and their trombone) have done. Get your head around “brass metal” when they launch their album “Bastard Sons of a Pure Breed”.” – Montreal Mirror

“Fallstaf describe themselves as “brass metal.” It makes sense since they’re pretty heavy, with a ski-masked trombonist on top, just to fuck shit up. ..And don’t forget to check out their deliciously creepy video for The Cost. Groovy, sonic violence for ugly children.” – Hour (Montreal)

“Brass metal. Ever heard of it? No? Get ready to. Fallstaf effortlessly blends heavy metal and the trombone into what is some of the most unexpected and most awesome metal you will hear. On “Bastard Sons of a Pure Breed” Fallstaf has one mission: To prove brass metal kicks ass! Mission accomplished.” – The Meltdown on Rock 97.7FM in Grande Prairie, Rock 97.9 in Fort McMurray, Rock 106 in Lethbridge and Rock 105 in Medicine Hat

“The album is as diverse as the slide on the Trombone. 11 tracks of fury mixed with a rhythm and vibe that you simply aren’t going to get anywhere else. By sticking to the traditional metal feel and aggressive voice of Ian you can listen to the trombone add depth to the tracks.” – WeLoveMetal.com

“Who said that having a brass section in your band is not Metal? In times were too many bands out there are sticking to a one-dimensional formula, Canadian Metal band Fallstaf are going against the grain! Make no mistake, their music doesn’t just stand out because of having a trumpet mixed in with distorted guitar sounds and screaming vocals, the band possesses the knowledge of what it takes to write good music! ” – HornsUpRocks.com

“Montreal brass metal act Fallstaf already has a unique take on metal to begin with, but throw in the fact that the band’s trombone player is a masked hitman and you’ve got a recipe for some serious metal mayhem.” – MetalUnderground.com

“Scoring points in both the uniqueness and songwriting department, Bastard Sons of a Pure Breed is a very promising start for Fallstaf. For something that could be entirely too hokey, Fallstaf should be flying the flag for brass metal for years to come. Definitely worth checking out.” – Blistering.com