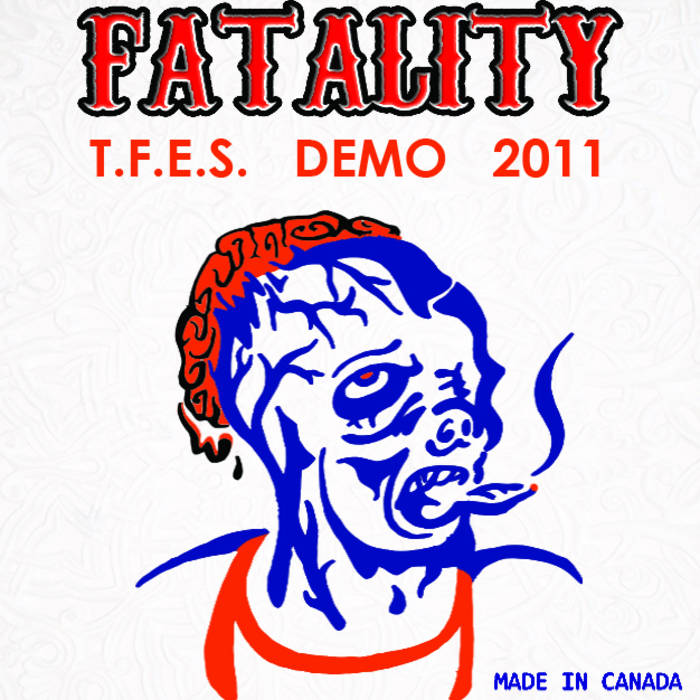 “Zombie Holocaust font strikes again! For once, it doesn’t come with terrible music. Fatality are Canucks who play the “goofy thrash” popular in the late 80′s/ early 90′s. Solos fly with reckless abandon, the bass is audible and practically so are the beers being cracked open. These guys must have awesome parties.” – Decibel Magazine

“Goddamn, I love Fatality. I can’t help it. They’re so much more than a band; they’re a bundle of crass, explosive, obnoxiously positive energy spewing beer and shrapnel all over the Toronto metal scene.” Hellbound.ca

“The tracks are an excellent combination of thrash and beer, but there’s something to be said about their live performances. Drum-offs and beer funnels. Enough said,” CHRY 105.5FM – The Red Switch

“If both Fatality’s name and their debut LP ‘Beers From The Grave’ doesn’t give it away, we’ll give you a hint - they’re full-on heavy metal thrashers.” Resonancity.com

“Fatality is a quartet from Toronto known for delivering killer thrash and good times at beer-drenched live shows.” – Explore Music

“I can wholeheartedly say that Fatality were worth both the voyage and the cover price all on their own. They didn’t just put on a show; they threw a party. A few songs into their riotous set, the band members were inviting the crowd on stage to do beer bongs with them. They showered the crowd with both affection and free merch, and despite the fact that it was hot as all hell in the venue , Fatality’s enthusiasm never flagged. They raged through the entire performance, seemingly tireless, never for a moment hinting that they would like to be anywhere but on that stage, performing for that audience. Fatality loved the crowd at The Blue Moon, and the crowd loved them right back.” – HellBound.ca